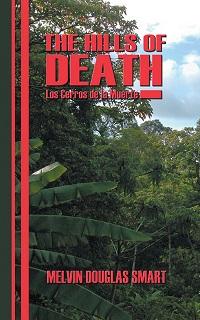 Having become disillusioned with his life, Alex Bevan decides to embark on a new career. A man haunted by repeated nightmares, his journey takes him deep into the jungles of Central America where unknown dangers and fabulous riches await.

Here the story evolves two separate stories and two main characters. The first is the Englishman Alex Bevan, who in a moment of inspiration sells his home in England and goes to the jungles of Central America to become a coffee farmer. There his life becomes a desperate struggle to survive.

The second character is a young Colombian named Juan Calderon. After finishing college, he aims to become part of his rich uncle’s growing business. Both men lead completely separate lives until fate brings them together at a place of unbelievable supernatural horror.

Melvin Douglas Smart was born in Exeter in Southwest England. He studied electrical engineering in college and spent his early years at sea in the British Merchant Navy as a radio officer. He continued his engineering career within the defence industry. After the end of the cold war and the inevitable reductions in defence spending, he found employment in the Middle East with the Royal Navy of Oman, where he lived for several years. In 2000, the author returned to England. After selling everything, he went to Costa Rica to buy a coffee farm. His years spent in the mountains of Central America form the bases of his new novel. He currently lives in a small mountain village in Asturias, Northern Spain.