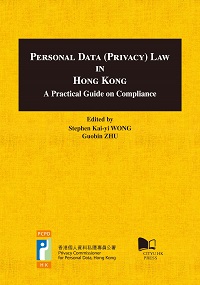 The idea of a right to privacy, which arose in reaction to the rapid rise of newspapers, instant photography and the “paparazzi” of the 19th century, has evolved into a constitutional right in much of the developed world. It is enshrined in Hong Kong through Articles 28, 29, 30 and 39 of the Basic Law. Hong Kong stands proud as the first jurisdiction in Asia to enact legislation to safeguard personal data in the form of the Personal Data (Privacy) Ordinance, Cap 486 (“the Ordinance”) which came into force in 1996. At its centre are the six Data Protection Principles based on the 1980 OECD Guidelines. The office of the Privacy Commissioner for Personal Data was created under this legislation to provide oversight and ensure compliance. The Octopus scandal in mid-2010 eventually led to substantial changes being made to the Ordinance that were enacted in 2012 and 2013, the main amendments being the Direct Marketing provisions and the provision of legal assistance and representation to aggrieved persons. In this digital age, the Ordinance is proving to be the main safeguard of our privacy rights.

The Data Protection Principles seek to create broad common principles based on fairness that apply to the public and private sectors. The passage of twenty years since the enactment of the Ordinance has given rise to a substantial body of case law and administrative decisions on these principles and the other provisions of the Ordinance. The new amendments have already been the subject of judicial scrutiny. This publication, which replaces its predecessor, has the dual aim of becoming a practitioner’s guide on the important subject of personal data privacy, containing, as it does, a detailed exposition of the principles and provisions in the Ordinance and a comprehensive source of reference materials, and of enabling the Privacy Commissioner to discharge his major duty to promote awareness and understanding of the Ordinance.