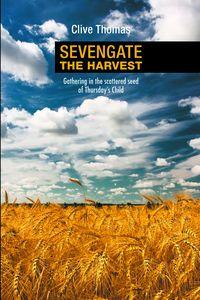 'Thursday's Child,' aka Peter Tobin - foundling, drover, shearer, horse-breaker, soldier, and pastoralist - travelled far and wide throughout the Australian outback in the late nineteenth and early twentieth century. The legacy of his widely scattered seed is gathered up in this tale of fatal misunderstandings, murder, and altruism, spanning the years 1910 to 1974. Like the Peter Tobin memoir 'Thursday's Child' that precedes it, the author gives a respectful nod to history pedants and reminds them this is a work of fiction. Thursday's Child is the first novel by Clive Thomas. A retired grazier (rancher), he lives in a seacoast village just north of Sydney, Australia. He spent his childhood years amongst the last of the Australian Bushmen. Apart from following the boyhood and pre-World War II career of the fictional Harry Perrottet (1910 to 1946), his second novel Sevengate spans the years 1947 to 1974. The setting shifts from Sydney, Australia, to the temperate inland town of Kangamite to a sheep station (ranch) called Sevengate, which is also featured in Thursday's Child. Says the author, 'I found I'd conjured up many characters from my past who belonged to an extinct species. They weren't going to rest until I'd told their tales.' Publisher's website: http://sbprabooks.com/CliveThomas

Clive Thomas is an Australian, now living by the seaside just north of Sydney after fifty years in the outback as what Americans call a 'rancher' and Australians call a 'grazier'; making his living from flocks of sheep and herds of cattle. His boyhood in the forties was enriched by the tales the old Australian bushmen told around their campfires; the drovers, shearers, and stockmen, who were the last, soon-to-vanish link with the pioneering era, when the wide plains of the Australian outback were being opened up to the world by resolute men and their horses. His first novel 'Thursday's Child' is the imaginary memoir of one of those rich and now extinct characters, Peter Tobin; his youth as foundling, drover, shearer, soldier, and his later years as a successful grazier from the late 19c to the mid-forties. Peter Tobin left a legacy of scattered children, whose lives are on display in Clive's second novel, a sequel to 'Thursday's Child' with the title 'Sevengate - The Harvest', a tale of fatal mistakes and altruism. It's dedication is appropriately taken from the Book of Galations, 'As ye sow, so shall ye reap'. 'Thursday's Child' has been translated into Han and is soon to be re-published in China.