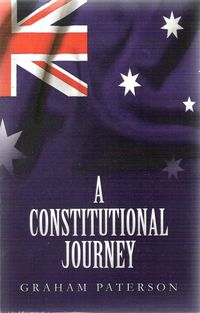 The book deals with the Australian Constitution from a citizen's point of view on the basis that the Constitution is the most important document in everyone's life. It is the vehicle which allows the Government to make all the laws that control our society. As such, it needs to be understood by ordinary people. The Australian Constitution is still one part of a nine part Act of the British Parliament and that makes a mockery of anyone trying to claim that Australia is a sovereign independent nation. My book looks at the history of the Constitution and the ongoing farcical legal and political attempts to make Australia look independent while still retaining this Act of the British Parliament as our Constitution.

I am a retired Mine Manager who has been involved in Constitutional issues since 1973. When living in Indonesia from 1969 to 72, I was introduced to the Indonesian Constitution because it was often referred to in business negotiations. It was also sold in shops and street stalls throughout the Nation and taught in Schools. It was a true 'people's' Constitution. At that stage, I knew absolutely nothing about the Australian Constitution. When I obtained aCHAR(13) + CHAR(10)copy on returning to Australia in 1973, I was appalled at the document and understood why our Constitution is never taught in Australian Schools.CHAR(13) + CHAR(10)Over the past 27 years, I have made many submissions to Constitutional Conventions and given speeches to groups as well as developing, in detail, a Periodic Constitutional Review System to allow any interested person to propose amendments.