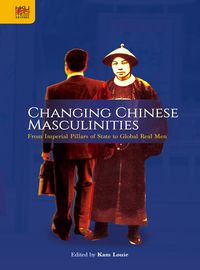 It is now almost a cliché to claim that China and the Chinese people have changed. Yet inside the new clothing that is worn by the Chinese man today, Kam Louie contends, we still see much of the historical Chinese man. With contributions from a team of outstanding scholars, Changing Chinese Masculinities studies a range of Chinese men in diverse and, most importantly, Chinese contexts. It explores the fundamental meaning of manhood in the Chinese setting and the very notion of an indigenous Chinese masculinity.

In twelve chapters spanning the late imperial period to the present day, Changing Chinese Masculinities brings a much needed historical dimension to the discussion. Key aspects defining the male identity such as family relationships and attitudes toward sex, class, and career are explored in depth. Familiar notions of Chinese manhood come in all shapes and sizes. Concubinage reemerges as the taking of “second wives” in recent decades. Male homoerotic love and male prostitution are shown to have long historical roots. The self-images of the literati and officials form an interesting contrast with those of the contemporary white-collar men. Masculinity and nationalism complement each other in troubling ways. China has indeed changed and is still changing, but most of these social transformations do not indicate a complete break with past beliefs or practices in gender relations.

Kam Louie is an honorary professor at the University of Hong Kong and UNSW, Australia. He is the author of Theorising Chinese Masculinity.